From the study of queer characters in TV shows and movies to the power of social media, today’s teens are increasingly able to experiment with their sexuality. This is a very different world from past generations.

The world is full of queer characters that everyone loves. From the hit Disney show, “Gravity Falls,” to TV shows like “Queer Eye” and a host of web cartoons. This list features some of our favorites who are spicing up your life in more ways than one!

If you have ever had a crush on these kids’ show characters, then congratulations, you are now queer. 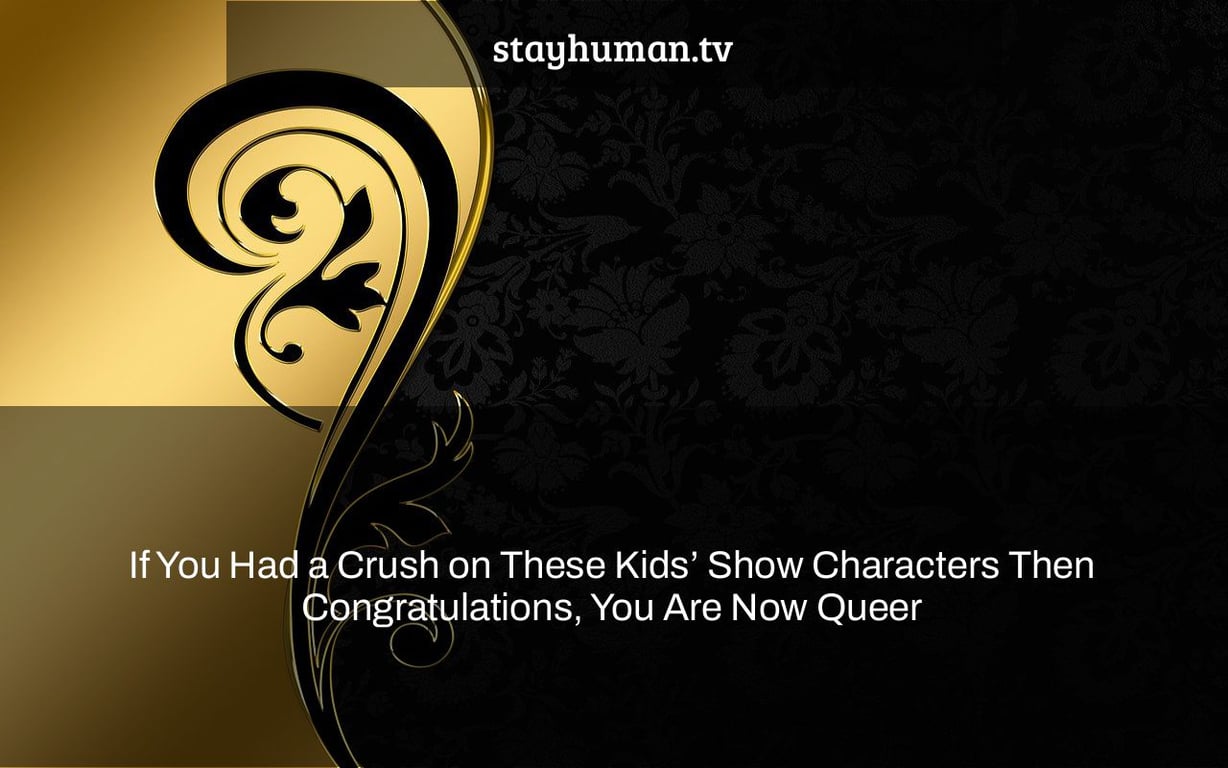 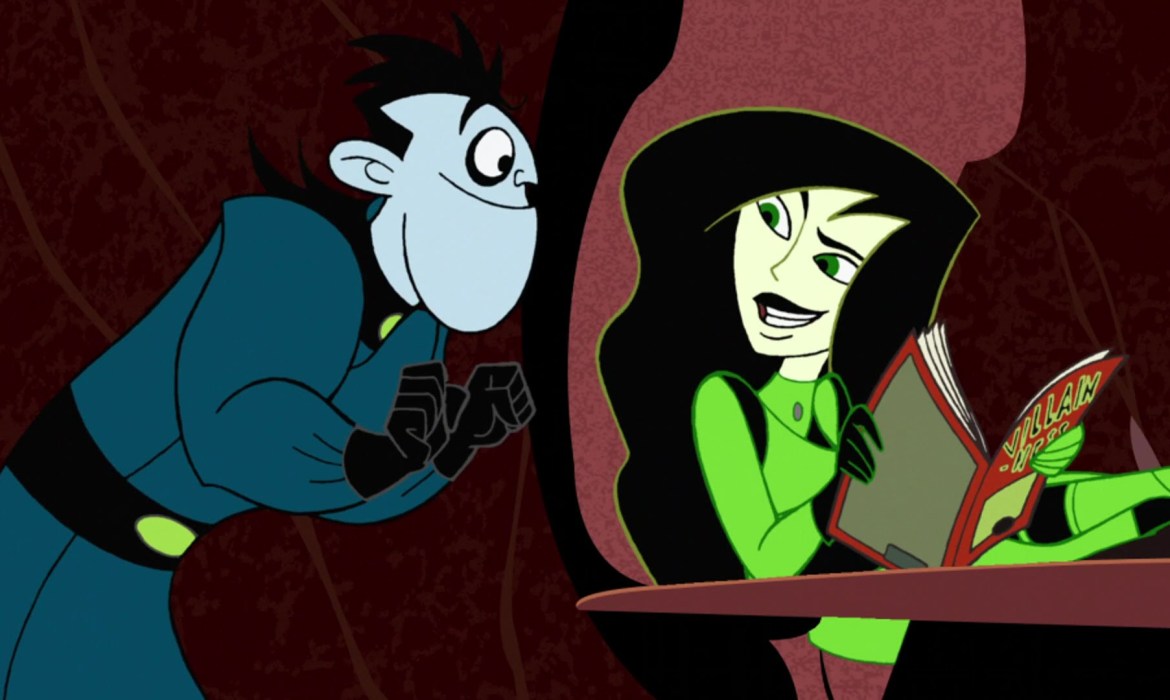 I can’t speak for the Millennial generation, but the sheer volume of queer-coded stuff on Nickelodeon, Disney Channel, and Cartoon Network from the late 1990s to the early 2010s is something I distinctly recall.

Even at that age, you didn’t have to attempt to pick up on the queer overtones in a standard kid’s program with overtly heterosexual themes. Sure, no one knew what it was at the time, but it was one of those “you’ll know it when you see it” situations.

Today’s children do not need to be aware of the undertones. With a more open and supportive attitude toward LGBTQ+ individuals emerged a plethora of series that didn’t keep their characters’ queerness in the background. For example, only a few decades ago, Pearl from Steven Universe performing a whole song about losing her beloved Rose Quartz to a guy would have been inconceivable.

Queer awakenings came in the shape of these kid’s show characters for the Gen Zers in the audience who were born too early to grow up on Steven Universe. So, if you had a crush on any of them, it’s time to reflect. 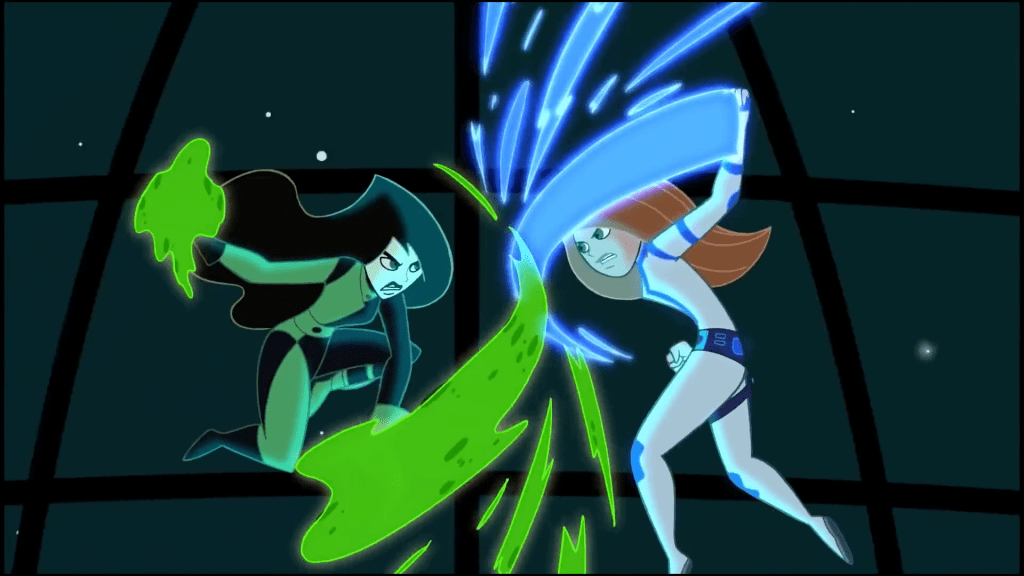 In 2002, the Disney channel premiered the animated series Kim Possible. For those who don’t remember what it was about, Kim Possible was an action comedy-adventure about worldwide super spy Kim Possible’s espionage and love escapades as she strives to prevent supervillains from ruining the globe. It’s like the James Bond series if Bond was a young cheerleader who spent her leisure time foiling baddies.

Ron, Kim’s sidekick and closest friend, was canonically matched with her. It’s a traditional childhood friend-to-love narrative, but that’s not where this show’s focus lies. No. It’s the sexual tension between these two that’s causing the problem.

Take a look at this scenario in which they argue at a restaurant while dressed up for the occasion. Lesbian culture pervades the whole scene. While trapped under the villains, Kim even gives Shego a glance.

In terms of the characters, Kim Possible added the female boss and Shego added the gaslight to “gaslight, girl boss, gatekeeper.” What’s not to like about an international super spy kicking ass without a single stray hair on her lovely red head?

Let’s not even get started on Shego. She was basically the “Intro to Goth Girls” case study for older Gen Zers. Come on, the nasty goth girl was given her abilities by a rainbow-colored meteor. 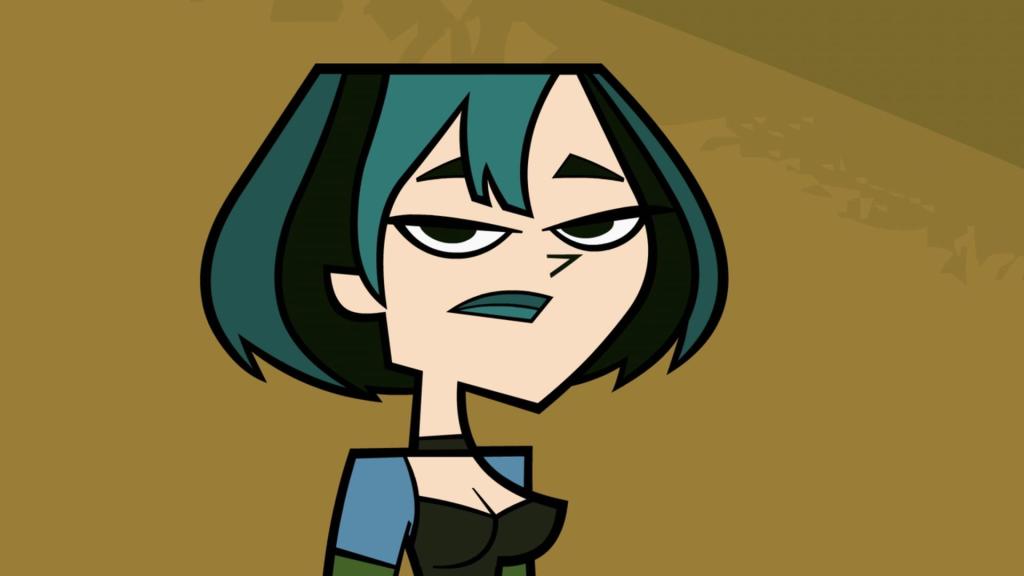 Total Drama selected Gwen as one of their candidates, maybe in response to the popularity of Shego, the goth powerhouse. Gwen was a finalist on Total Drama Island and would appear on later Total Drama series for reasons that should be evident to anybody with sight.

This snarky, deadpan girl crush dreamer was one of the most capable campers, winning events for her squad on her own many times. Besides, she turned out to be a genuinely nice and sincere person underneath her tough demeanor, which is more than you can say about the show’s more typically friendly characters.

What’s the greatest part? Given how many times the program hints Gwen is bisexual, you’d probably have a chance with her whether you’re a guy, gal, or non-binary buddy. She’s as lovely with some of the boys as she is with a specific female who you wouldn’t think to be her type. It’s the goth girl vs. sunny girl pair, and I can’t get enough of it.

To be honest, a lot of the Total Drama competitors seem to be anything but straight. Just take a look at this Total Drama Reddit post, which has fans’ headcanons regarding the participants’ sexualities. 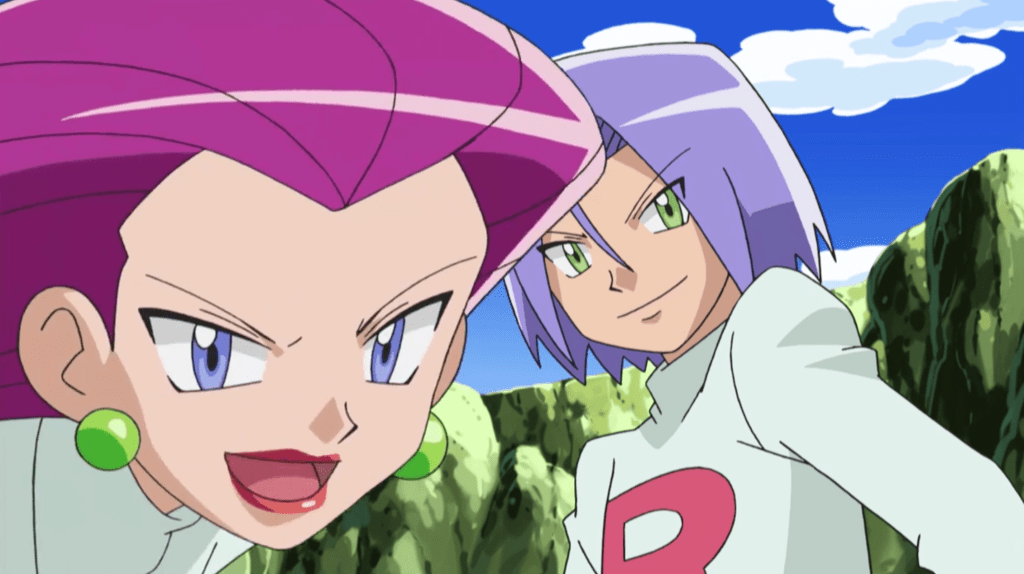 I’m not sure where to begin with these two since they had so many queer-coded moments. Jessie in a suit and James in a tutu like a ballerina? Please. Sign. Us. Up.

But here’s the thing: there were numerous instances of crossdressing amid their many creative disguises. There was also a time when James was seen wearing a set of artificial breasts. Yes, you read it correctly. While there’s no evidence that James was gay (because that’s what subtext is for), there’s little question the moment was a queer awakening for at least one youngster watching the “Beauty and the Beach” episode.

Jessie, on the other hand, was a dynamo. She was well aware that she was the center of attention, and she was a real diva about it. Meowth is the one straight pal, therefore everything about these two screams queer best buddies. 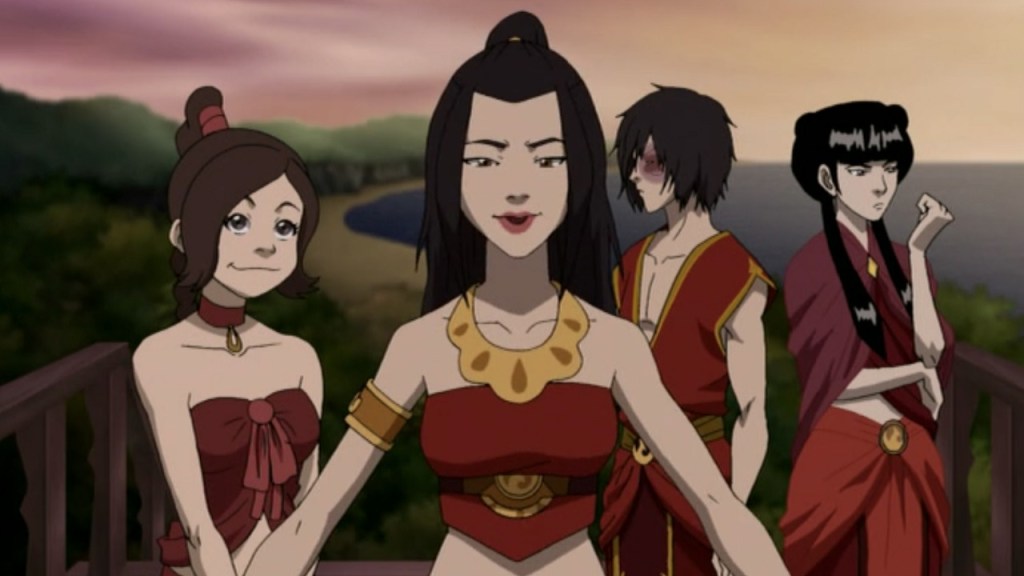 Or, more accurately, anybody in the photo above, since Ty Lee is Ty Lee, and let’s face it, Mai is part of that unique subcategory of goth ladies that queers like.

Zuko is handsome in a female gaze type of manner that attracts to heterosexual and gay women and queer men, despite his dark and passionate demeanor. The prince of the Fire Nation exudes an aura of “I could repair him” that is both poisonous and seductive. Having a crush on both Katara and Zuko, as r/bisexual puts it, was bi culture.

But I’m getting ahead of myself. Zuko and Azula are the culprits. Consider how enthralled Gen Z queers were with Shego. Azula, the literal meaning of “gaslight, lady ruler, gatekeeper,” with her blue fire abilities and domineering nature, had to be a queer awakening for a lot of ATLA fans.

It’s possible Ty Lee or Mai did it for you if the siblings didn’t. Suki, Toph, and Sokka, in particular, are members of the Fire group. That kid was a gamer. 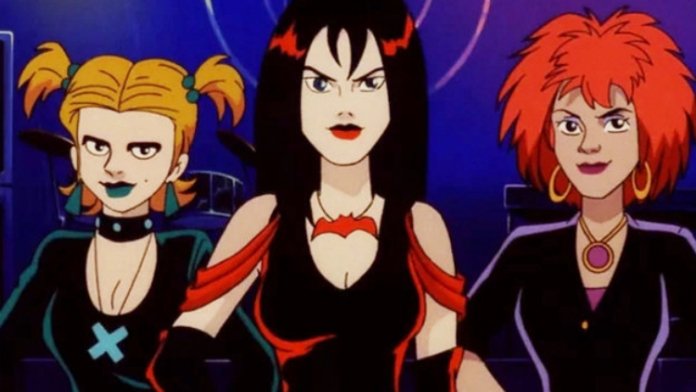 They’re known as the Hex Girls, and they’ve cast a spell on us.

Scooby-Doo! and the Witch’s Ghost introduced the Hex Girls for the first time. When we initially meet them, it seems that they would be the film’s adversaries. But, let’s be honest, it wouldn’t have bothered us if they were. They turned out to be a typical rock band, yet lead singer Thorn was a true Wiccan.

Jennifer Hale, who also provided the voices for Justice League’s Zatanna, Batman: The Brave and the Bold’s Poison Ivy, and Totally Spice’s Sam, was the voice actor behind Thorn. If you’re reading this, Jennifer Hale, thank you for carrying the whole Gen Z WLW community on your shoulders. 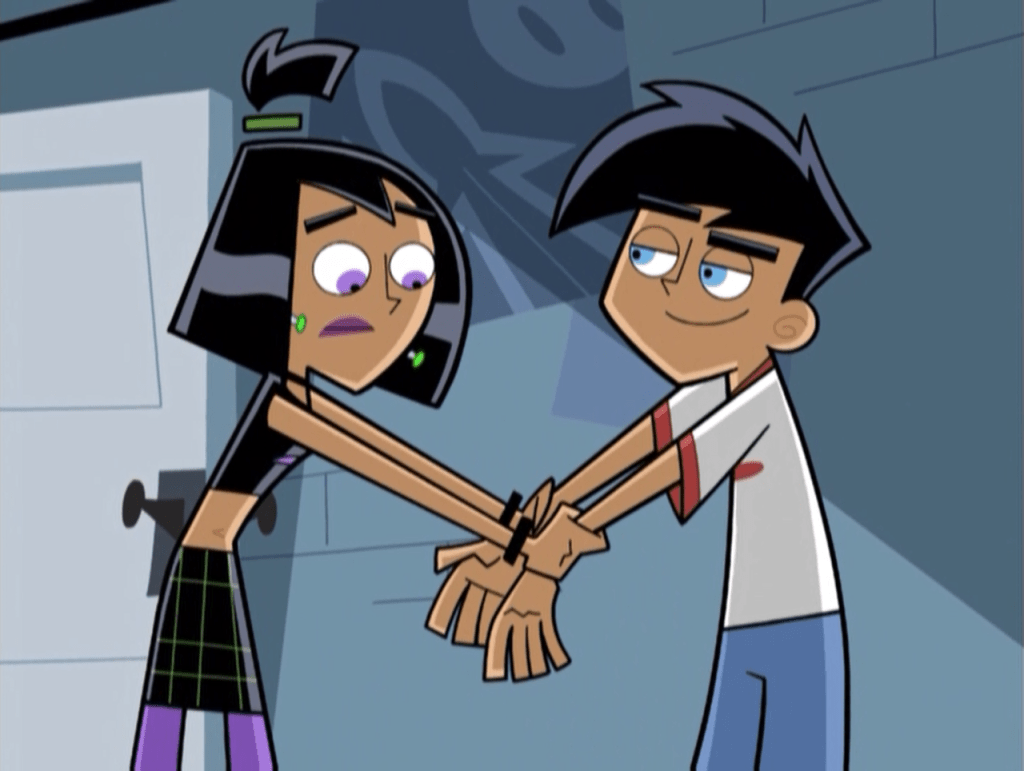 She was a goth and he was a ghost. Is it possible to make it more obvious?

We may as well change the headline to “Cartoon Goth Girls Queers Liked as Kids” at this point. But, jokes aside, have you ever pondered why queer women are so fond of goths? What’s the deal with that? Is there any kind of black magic associated with ladies that dress in black and wear fishnet stockings? Maybe. But, if there is, it’s time to embrace this natural occurrence since here comes another goth girl and emo male pairing that had us all choked.

I don’t mean Danny Fenton the Human when I say emo boy; I mean Danny Phantom the Ghost. With his tight latex outfit and anime hottie-worthy white hair, this half-man, half-ghost was 100% an act of gay community service. “I was like 14 and went insane when I saw a photo of Danny Phantom in a water tank and in his underpants,” u/trufflepastaxciv says.

“The first signals I was going to be a major WLW were Sam Manson and Shego,” u/meowbands says. 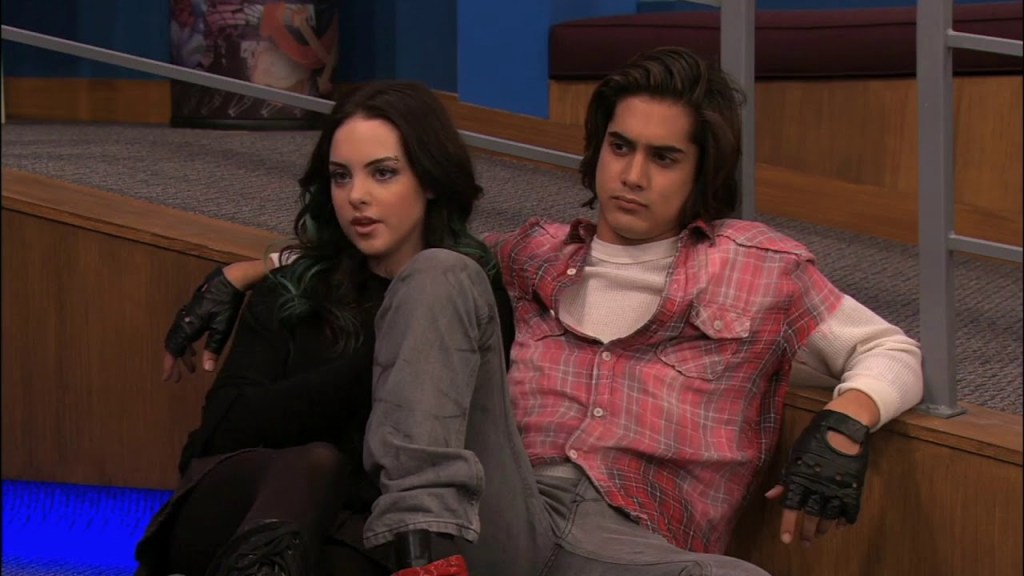 This. This is how bisexual culture is defined. Even if you don’t recall who the main character in Victorious was, you undoubtedly remember seeing these two and thinking to yourself, “Hold up.”

Although Victoria Justice was the main character of Victorious, there’s no denying that Jade stole the show every time she appeared on screen. Victoria’s frenemy and competition in the program is Jade West, and the two of them have a Shego and Kim relationship, if you get what I mean. It doesn’t help that Jade and Shego have the same green and black color scheme, but Victoria gives us girl-next-door vibes.

Meanwhile, Beck Oliver, her lover, was often depicted as a gorgeous lad because, well, he suited the bill. Beck, who was tall, slim, and had long hair, had a gentle, almost androgynous appearance that appealed to baby queers.

Many youngsters in the 2010s were bisexually awakened by Jade and Beck, who were shipped together as “Bade.” It’s not even in the same vein as the others on this list, with “Jade for the ladies” and “Beck for the guys.” Jade and Beck, after all, were the epitome of bisexual society.

Show your hands if you had trouble picking which of these two you liked better. 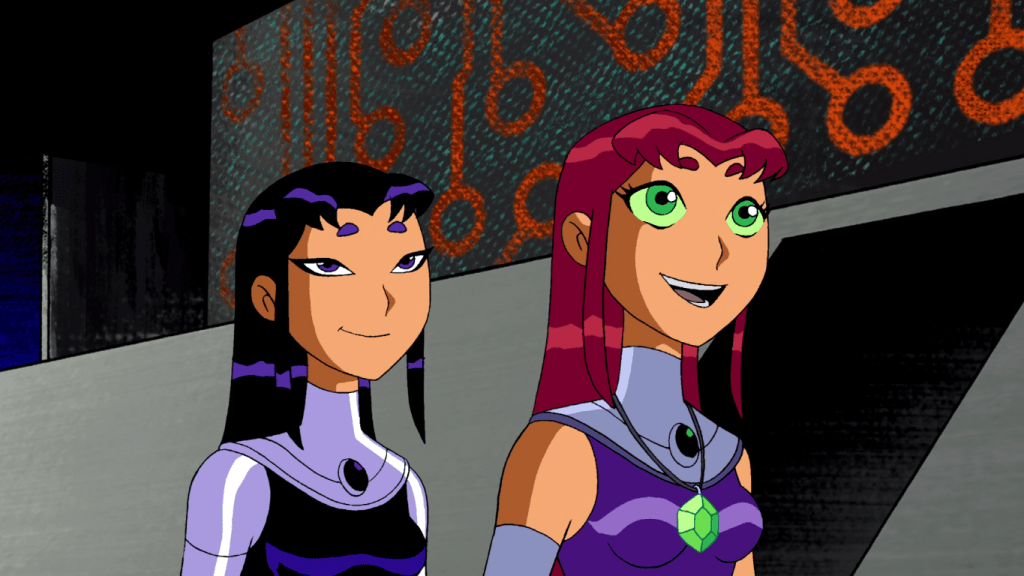 Let’s shake things up a little. Let’s think of goth girl and sunshine girl instead of simply goth girl.

Teen Titans was an animated television series that aired from 2003 to 2006, just in time to appeal to the elder members of Generation Z. The program followed a gang of young superheroes who resided in Titan Tower and battled crime in and around Jump City.

The idea is basic enough, but the program contains a few sad moments and touches on societal concerns like racism, notably in the scene when Cyborg and Starfire discuss Tamaranians’ insults.

Aside from the heavy things, Teen Titans has a lot of gorgeous characters that baby queers in the 2000s got to appreciate. There are the obvious ones like Raven, Terra, and Robin, but there are also the Tamaranian sisters, Blackfire and Starfire, from the show.

Starfire is a lovely and gentle sweetie who matches the girl-next-door stereotype despite not really being from next door. Blackfire, her wicked sister, had all the trappings of an ultra-hot goth domme supervillain who had shown to be seductive time and time again.

While these characters were well-liked in their day, we should be grateful that today’s children have more than subtext and undertones to depend on.

“insider lgbtq characters and cartoons” is a website that allows people to search for the LGBTQ+ characters in popular kids’ shows. The site also provides information on how to support these characters.

Latest Netflix Inclusion and What To Know Before Watching?

Everything We Know About Boss Level Time-Loop Movie!