The increasing use of technology has created the illusion that our world is real. This artificial life, fueled by media and augmented reality, can be seen as a reflection in French filmmaker Frank Pavich’s latest film “France”. 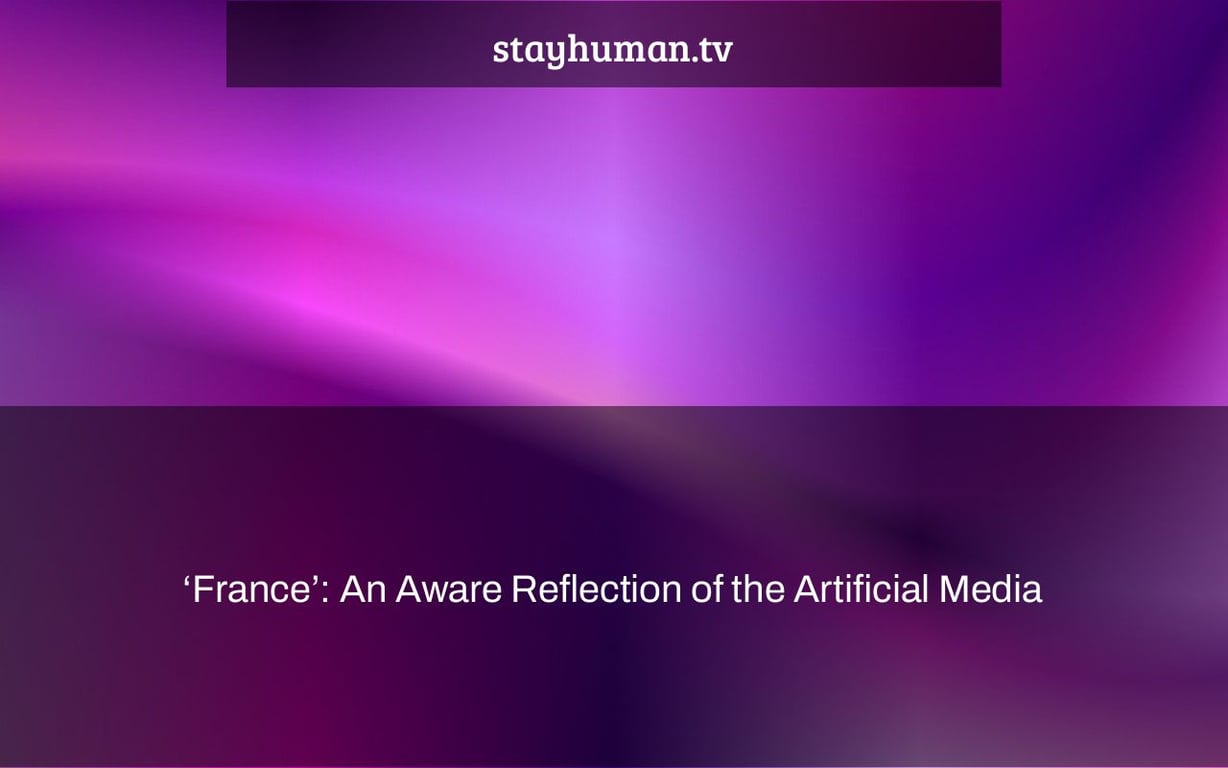 The “french revolution resources” is an essay that looks at the French Revolution as a reflection of the artificial media. The author critiques the idea that the revolution was motivated by a desire for freedom and equality, instead arguing that it was fueled by fear and greed.

The media, being the principal route of collective mass communication, is made up of a huge section of our current society. Print media (newspapers), cinema, broadcasting (television and radio), the news (journalists and news outlets), digital media (social media), photography, and advertising are all part of the media, which includes, but is not limited to, broadcasting, publishing, and the internet. But what is the media’s role?

The purpose of the media is to educate, convince, entertain, and disseminate culture. Contemporary media, like traditional mass communication, performs important roles such as monitoring, correlation, cultural transmission, and entertainment, and is the basic ground of our interconnection in our modern society environment.

In France, Léa Seydoux portrays France de Meurs, a lively and enthusiastic reporter who juggles a busy and well-known job in the spotlight with the intimate intimacies of her own problematic personal life beyond the spotlights as a renowned and well-known reporter, journalist, and star. France’s life is consumed by her profession; she has her own journalistic television program and is continuously captivated by it.

It is apparent that the intensity and weight of her popularity press heavily on her personal connections, which is an intrinsic reason of her confusing and convoluted personal life. Scenes of her spending time with her distant husband and kid are always a distraction since they are weighed down by France’s fixation with her career, which takes time away from her personal connections, even when she is off the job with her family or friends.

Her happy, upbeat public persona as a celebrity journalist is constantly contrasted with her unhappy, desolate persona in private in the company of her family or just herself, emitting a dubious façade over her life that plays into the core themes of artificiality, disguising, and packaging that Dumont explores with the contemporary media and its altered reality. Her celebrity reporter’s silhouette throws its own shadows in her private life, with her work’s prestige determining who she is — even among private company and those closest to her — and where her priorities lay, in her continual prioritization of her famous career.

A connection is drawn between France’s private life and her program by depicting her personal life and relationships as always overshadowed by her celebrity. Coverage of Middle East wars is featured on her show, but even these journalistic reports are heavily edited and stylized before being packaged as entertainment, capturing harrowing events like war and recycling them through a privileged and synthetic filter that converts journalistic coverage of these events into pure entertainment for the French public to consume like content.

On the surface, Bruno Dumont’s film seems to be a parody on current media and journalistic labor in the modern news scene, attacking the false pretense of coverage offered to the public. It depicts and observes the glamorization and disconnect of not only the modern media world, but also its inhabitants and participants — people who consume news and media, as well as people who are a part of this media world, feeding consumers with information, such as journalists — including Dumont’s protagonist, France, with her radically altered entertainment journalism show and her alienated, fictitious life, both in public — as a respected celebrity — and in private — as a working journalist.

But when she gets into a minor car accident and accidentally knocks down a motorcyclist, temporarily injuring his leg in the process, we are exposed to more truths in Dumont’s exploration of the extents of the media’s hold and effect on us, as well as how life-changing realizations and acts of humanity can help us break free from this spell.

Her life seems to flip on its head as a result of the tragedy, as if the accident causes her to wake up and recognize the despair she has surrounded herself with as a result of her demanding public job. Dumont masterfully utilizes this occurrence to pivot France’s growth and trajectory as a character, immersing Seydoux’s character in pain and awareness, forcing her to reconsider her existence in the spotlight. Moving forward with this recalculation of her path alters the film’s overall trajectory, from the second act to the final third act, redefining the film not only as satire, but also as a solemn and reflective critique of the media, which doesn’t just exaggerate or humor it in lightness, but instead analyses its branching negative effects.

The film is more of a character study of France de Meurs than a simple parody of the media since it prioritizes France’s life outside of the limelight and media as much as it does in the spotlight and media. Rather, it uses this examination of France’s media position to ponder the modern media environment and its blinding consequences. This parody of modern media is wonderful in its willingness to be honest and ruthless, but it is sometimes undone by the film’s screenplay, notably in its structure, which devalues the otherwise sharp satire and creative and social criticism at play.

Although portraying France as shallow goes hand in hand with portraying her as living in her own separate world, it also makes any character development difficult. Her character goes through different transformations and life-altering events, yet these changes appear intangibly remote due to the isolated shallowness of her personality, as if she stays the same, which is also a flaw in the film’s structure. The film’s structural underpinning is unclear, which makes it seem too lengthy and drawn out owing to disclosures and events that appear repeated. The structural repetition and incoherence here could be interpreted positively as an intentional enhancement of artificiality, alienation, and repackaging — just like France’s journalism show — but this structural fragility proves too fallible in obscuring any properly engaged character development for France far too often in the film.

Despite this, France is a fantastic film, if only for Léa Seydoux’s complex, multi-faceted, fascinating, and visceral performance. She does cry an extraordinary amount of times throughout the film as the eponymous woman, who goes through misery, struggle, and dualism, but she represents these little, rare moments of true emotion so evocatively and genuinely, in a film mostly about insincerity and pretenses. Seydoux is no stranger to powerful performances like this one, so it’s no surprise that she delivers a stellar performance, nearly to the point where her portrayal of France de Meurs almost makes up for the film’s jumbled and disconnected narrative structure.

Despite its jumbled structural writing, France still has a sensational lead performance to offer, as well as captivating direction from Bruno Dumont, who manages to elicit such a naturally affecting performance from Seydoux, while attempting to capture the alienation of modern media through the eyes of France de Meurs, by using this character study about a famous celebrity journalist caught in the conflict of balancing her life in the public and her private life to pry into the alienation of modern media through the

Thank you for taking the time to read this! What are your feelings towards France? Please leave a comment below!

If you liked this post, sign up for email updates to keep up to speed on new material.

Join Patreon to ensure that fresh material is constantly available.